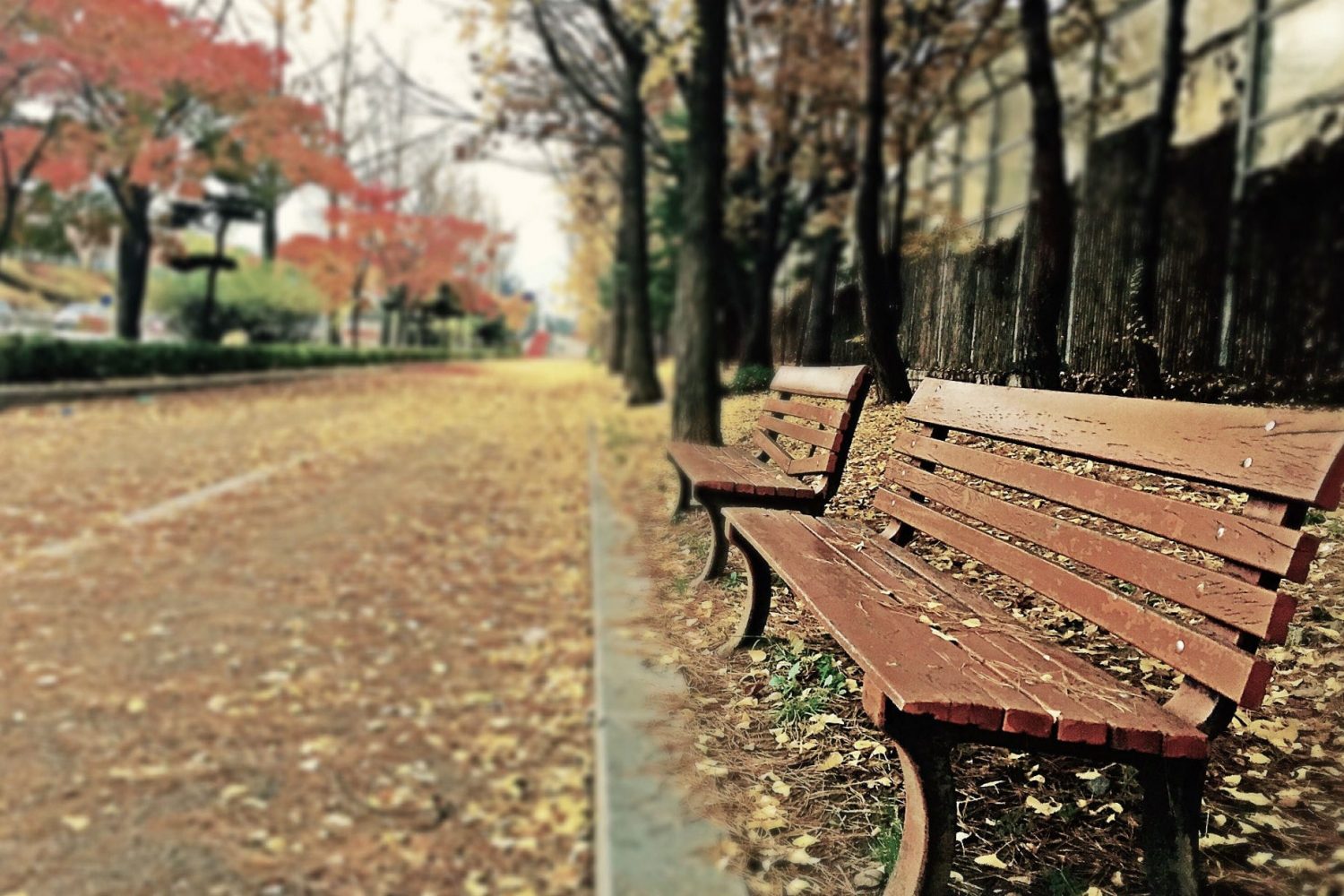 When it comes to new technology, multiple rounds of testing are necessary to prove the viability of a new product. This is especially so when the product is replacing a manual process that has been in place for hundreds of years. For Tailored, this is especially true as they are the first to tackle the idea of automating the clothes measuring process using artificial intelligence. Fashion industry experts are excited about Tailored’s digital garment measuring technology because it has the potential to replace this very laborious task. Of course, after the initial praise and wonder come the questions, and rightfully so. As new technologies are introduced every day across all industries, they must be proven before they are adopted on a global scale.

Receiving feedback from reputable, global companies about a new software is one way to validate a market. For Tailored, one of their first successful A/B tests came in 2018. The trial was performed with a major US based fashion retailer at the company headquarters in Ohio. The trial pitted three technical designers against Tailored’s Capture clothes measuring software. The purpose? To examine the viability of digital garment measuring technology.

Major questions need to be answered before any machine or artificial intelligence can replace a human task. And not just answered, but proven time and time again. As with humans, machines are perfect. With regard to collecting measurements of textiles, accuracy and consistency are the major questions that need answering. Thus Tailored sought out major retailers as a source of testing and feedback.

What Clothes Measuring Tasks Were Performed

Ten garments were used in the trial. Since this trial was conducted in the early days of Capture, only bottoms were used. Garment types ranged from jeans to sweat pants. Each person measured the garments in the same 5 areas. The human results were then compared with the results taken from Capture, which measured each garment 3 times for comparison. 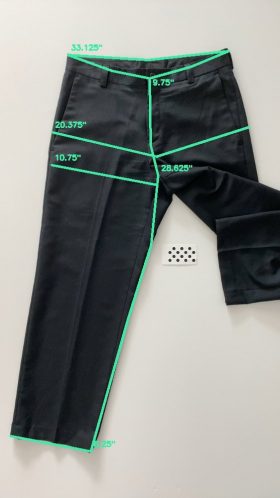 We’ve talked at length about accuracy in digital garment measuring technology. Due to the physical properties of apparel there is no exact answer to the question “what is this measurement.” The textile industry knows this, hence the reason there are tolerances allowed during garment construction. Many times those doing the measuring know the measurements before they measure because they have the garment’s original design spec sheet.

For this A/B test we wanted raw results. So we informed the team not to look at the spec sheets before or during the trial. This would ensure true unbiased measuring. Specifically what we were looking for during this part of the test was the number of times one technical designer recorded the same measurement as another. We found this occurred just 54 percent of the time. Think about that.

How Fast Is Digital Clothes Measuring Compared To Humans?

An unfortunate fact for us humans is manual tasks cannot be done in parallel. Meaning a human cannot measure a garment, input data into a computer, and box it up for shipping all at the same time. This is not the case with machines or computers. This is a key reason automation technology is desired by business leaders from local companies up to C-Suite executives of fortune 500 companies. 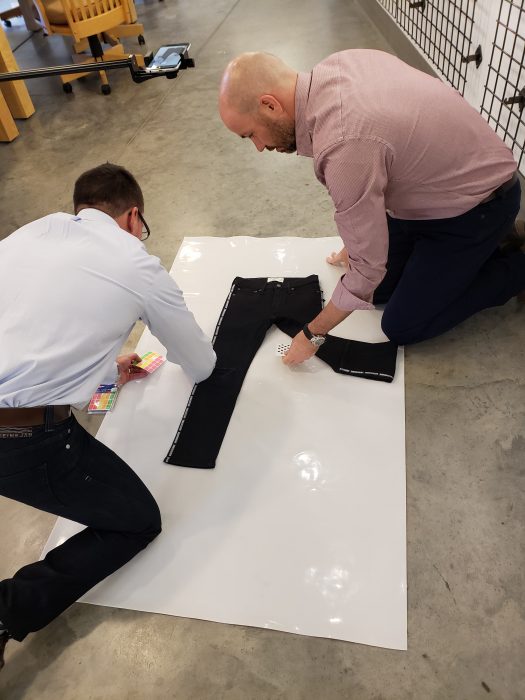 Capture is certainly being introduced to the world as a form of process automaton. During the trial it was shown to improve efficiency during manual measuring tasks by 80 percent. Specifically, Capture could measure a garment and input data into a computer system in under 10 seconds. A human performing this same task was shown to take anywhere from three to five minutes.

This initial trial proved Tailored will be a viable technology for many facets of the garment industry. Through tests like the one performed here, and continuous advisement by our team of fashion industry experts, we know what is necessary to achieve success. Although Tailored believes there will always be times when manual measuring is necessary. After all, Tailored sees Capture as a compliment to humans, not a replacement.

As of this writing, Tailored is one week in to its newest software release; a web-based version of our garment measuring software. It’s primary use is for e-commerce in helping online shoppers find their best style and size. Additionally, Capture is focused on helping those in the clothing resale industry by reducing manual tasks required to sell clothing online.